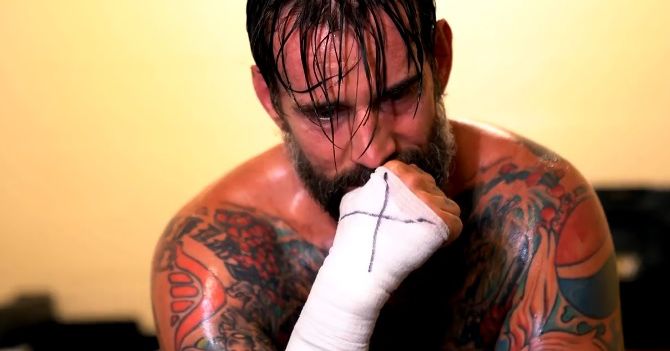 Here’s the backstage footage promised by Khan. His special episode lasts about 19 seconds:

Punk is in the trainer’s room during the footage. He says he can’t put any weight on his feet. He didn’t feel the pop, it felt like his leg just went off. Punk admits it’s not good, but he doesn’t really know what’s going on.

Reports indicate that Punk is headed for a title rematch with Moxley on September 4 at AEW’s All out Pay-per-view event near the CM’s hometown of Chicago, Illinois. Do you think this exclusive footage helps explain how Punk can bounce back so quickly to get back in the ring next weekend?

Notice all the effects of flamboyant Here.