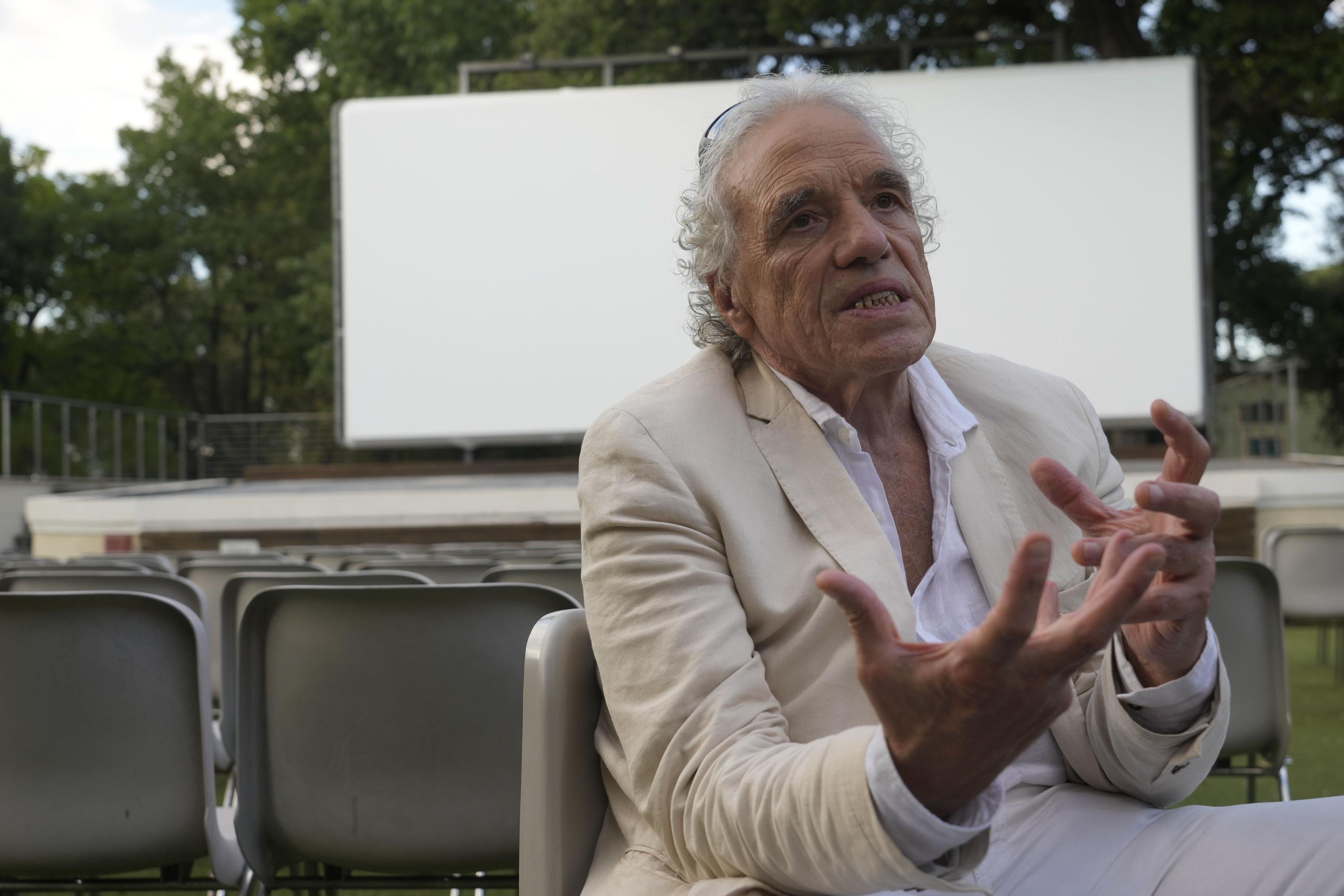 ROME (AP) – Abel Ferrara, whose New York exploitation films of the 1980s and 1990s explored the heartless evils of drug addiction, corruption and sexual violence, pays homage to Italy’s most famous and most revered saint in his new film. , “Padre Pio.”

The film, which stars Shia LaBeouf and will premiere at the Venice Film Festival Next week, confirming that the change of pace is an understatement for the cult director, Ferrara, 71, is enjoying a decade of sobriety and a new life in Italy.

“Once we kicked the drugs and alcohol, we started to see a different way of living a different life,” the “Bad Lieutenant” director said in an interview in his new hometown of Rome. “I think it’s more about trying to get our game right.”

The film is famous for depicting a specific moment in Italy’s 20th-century history and the “stain” wounds of Padre Pio, the mystical Capuchin monk, Christ: his hands, feet and sides bleed. Padre Pio died in 1968 and was canonized by St. John Paul II in 2002, making him one of the most popular saints in Italy, the US and beyond.

Ferrara’s treatment is not a biopic and pointedly ignores some of the juicy details of the Padre Pio saga, including dozens of Vatican investigations into alleged affairs with women, alleged financial improprieties and suspicions of scandals. In their place, Ferrara weaves a parallel story about the beginnings of fascism in Italy that is, unexpectedly, utterly relevant today.

The film’s starting point is Padre Pio’s arrival at the Capuchin monastery in the poverty-stricken village of San Giovanni Rotondo in southern Italy, at a time when his soldiers are returning home from the First World War. The city was almost feudal. The Catholic Church and wealthy large landowners attempted to seize power amid the first signs of Italy’s postwar socialist movement that saw factory unrest and peasant strikes.

That social unrest erupted in a little-known police massacre in San Giovanni after socialists won the local elections of 1920, the results of which the church-backed ruling class refused to respect. On October 14, 1920, when the victorious socialists tried to hang their red flag on the municipal building and install the mayor, the police were on hand, firing and 14 people were killed and 80 injured. For Ferrara, the “Massacre of San Giovanni Rotondo” helped predict the spread of fascism in Italy.

Ferrara, who lived in Italy for nearly two decades, started making films five years ago, long before the January 6 uprising. In his native America, in which supporters of President Donald Trump stormed the US Capitol after refusing to respect the results of the 2020 election or the rise of the far-right Brothers party in their adopted country of Italy. The Brothers of Italy, with its neo-fascist roots, is leading the polls ahead of next month’s Italian parliamentary elections. Russia invades Ukraine and Ferrara sees history repeating itself.

“When on January 6th you’ve been working on this film for five years, it’s like: Well, elections are great until you lose,” he said.

The film is dedicated to the victims of the massacres of the 1920s, as well as to the people of Ukraine. why “What I’m seeing is World War II all over again. 75 million people died 70 years ago. It’s like yesterday. It is happening before our eyes,” he said.

Referring to the film, he said solemnly: “You’re watching the end of the world.”

Ferrara’s fascination with Italian history, Catholicism, and Padre Pio is not new: Born in the Bronx, Ferrara was raised Catholic and introduced to both Italy and the saint by his grandfather, who was born in a town not far from Padre Pio’s hometown. Pietralcina.

This interest has been fueled by Ferrara’s recent films, including “Pasolini,” a tribute to the scandalous life and violent death of Italian director Pier Paolo Pasolini and which premiered in Venice in 2014; and “Mary,” a film about an actor (Juliette Binoche) playing Mary Magdalene, which won the Grand Jury Prize at Venice in 2005.

Both “Pasolini” and “Padre Pio” relied heavily on the diaries, writings and documentation of their subjects, and Ferrara made documentaries about the saint’s life before deciding to zero in on the specific period of his arrival at San Giovanni Rotondo. Doubts about his faith and the events surrounding the massacre of the 1920s.

“I thought the confluence of the massacre and its stigma was happening in the same place at the same time … so how can you not make a movie about that?” Ferrara said.

But Ferrara is well aware that his early genre work — he did pornography, rape-revenge, the 1993 cult classic corrupt, drug-addicted cop “Bad Lieutenant” and his earlier “The Driller Killer” about New York. An artist who randomly kills people with a power drill — gave him something of a reputation.

“The list of films I’ve made would surprise you,” admits Ferrara. But he said church officials and the Capuchin Friars, who advised on set, were fully supportive of the project and its star, LaBeouf, who has admitted to drinking and has been accused of abuse by an ex-girlfriend. LaBeouf spent four months in a California monastery to prepare for the role, Ferrara said, adding that the opportunity to play “Padre Pio” was a miracle for him personally.

“These cats have an optimistic twist,” Ferrara said admiringly of the church. “Don’t judge someone at their worst.”

For more information on the Venice Film Festival, visit: www.apnews.com/VeniceFilmFestival