‘House of the Dragon’ Precap: A Burning Question Ahead of Episode 7 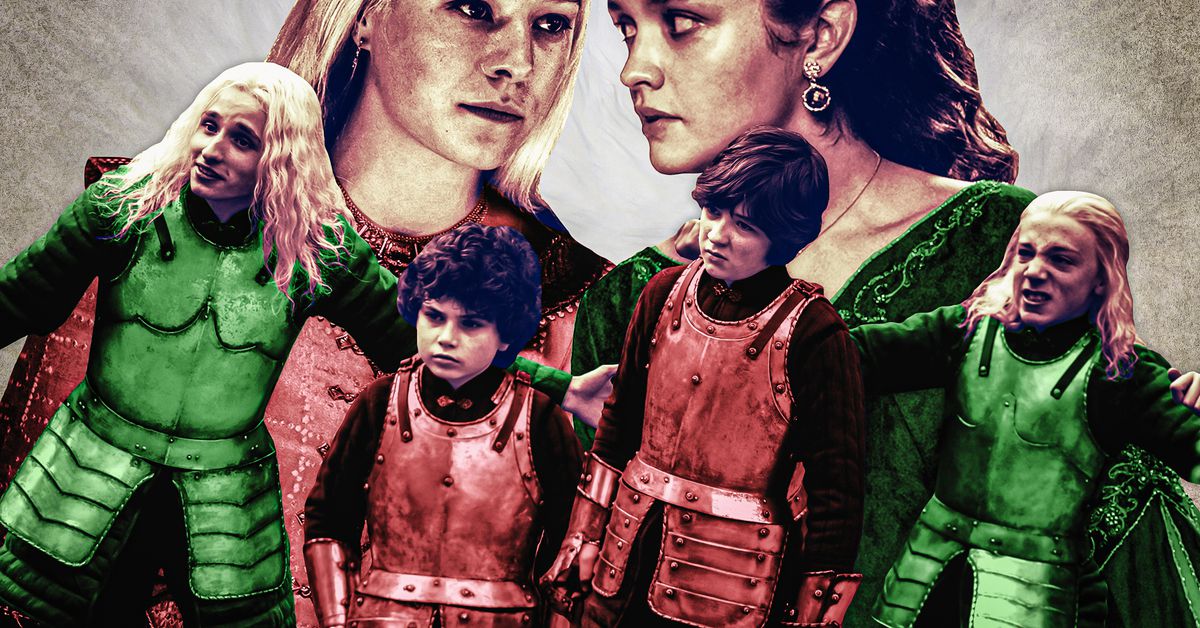 As you probably know by now, House of the Dragon is one prequel. The Game of Thrones Spinoff, based on George RR Martin fire and blood, takes place nearly 200 years before the events of the original HBO series. Unlike the original series, which ran out of material to adapt by the end of its fifth season, Martin’s fictional history has already revealed important details of the Targaryen dynasty. If you want to know how a story ends, you can easily Google it—or you know, read a book.

But from some Ringer‘s Employees are not yet saved Any As for Martin’s novels, we’ve decided to create this weekly preview for those of you who remain blissfully ignorant of what’s coming next. This dialogue is in for a treat audience House of the Dragon Like the good ol’ mystery box that turns and turns week after week. Without further ado, let’s take a look at this week’s tips:

The burning question coming up in Episode 7: Now that you’ve met the next generation of Targaryens and Valaryns, who will you choose as heir?

Jonathan Bartlett: Hey, feel free to be young and play with your dragons, your bugs, or your … swords. (Aegon, dear me!) In the most recent episode it was a thrill to meet the little boys and girls and ponder who might be best suited to rule. My personal pick is Raenyra’s first born son Jacaerys Velaryon. Sure, he has a birthright and Renira would be next in line regardless, but Kidou shows serious potential, especially in the awareness range. In the moment when Harvin Strong has to say goodbye to the princess, Jakeris shows herself to be incredibly attentive and willing to face tough questions, no matter how uncomfortable they may be. “Is Harwin my father?” he asks Renira. Not an easy truth to potentially face as a child!

If anything House of the Dragon And Game of Thrones We’re taught that being eager to understand others is key to successful leadership, and of all the boys, Jakeries seems to have it in spades. He’s also getting pretty good with dragons.

Miles Surrey: With that understanding Game of Thrones There is plenty of evidence that the monarchy should be abolished: let’s crown Helena Targaryen. We only got one short scene with Helena House of the Dragon, but during that time she gave off serious Luna Lovegood energy while playing Centipede. (Shout out to Alicent Hightower for her half-hearted attempt to nurture her daughter’s weird hobby; parents from the entire realm can certainly relate.) Along with her siblings either obsessed with dragons (sounds dangerous!) or masturbating through a medieval tower window Roman Roy, Helena is the most level-headed Targaryen. Comes easily as a child. Her curiosity about the centipede, and the fact that she doesn’t immediately dissect it—something Joffrey Baratheon would absolutely do—is at least a hopeful sign. No A psychopath. (How low the bar is for emperors in this universe!) Helena is likely to be as ineffectual as her father, Viserys, but given the other options on the table, Westeros could do a lot worse than the swap. One ruler’s replica of old Valeria to another’s growing collection of insects.

Claire McNear: Is it too much to hope for a reunion and a shared throne between Reyna and Emond Targaryen? (A perfect world would probably show some more genetic distance, but Westeros isn’t that world.) Poor little guy, vulnerable in an all dragon-less and firebreather-it-firebreather world. And since we’ve admittedly not spent much time with them yet, they’re free of the initial disqualifications of their siblings and cousins: enthusiastic grooming and occasional violence (Aegon), problematic parental paranoia (Baella), creepy affection for bugs (Helena), and brown hair ( Jackerys, Lucery and Joffrey). They seem, dare I say it, like cool kids, even though both are picked up by kids whose eggs are actually hatched cribside. With the thunder of war, the two sides weaving together and the many dragons of their nuclear families not spending some, ahem, quality time together until these two can take to the skies?

So I think Aegon II Targaryen’s crown would be the best option or least offensive. Sharing his moniker with the conqueror who united the seven kingdoms, his name certainly is. And even though he’s a complete idiot throughout Episode 6, he can clearly fight; He is already the leader of his siblings and step-nephews; And he got a brutal lesson in politics from his mother when she warned him that he was just Existence The established order of succession is challenged. If that’s a wake-up call in any way, he’s probably more ready to rule than any of these other Yahoos.

Arjun Ramgopal: What if we got rid of kings and queens and elected officials? Everything will be fine, right? Maybe a dragon could come and melt the throne? What could go wrong?

Well, you’ve forced my hand, I choose Jacqueris Velarion. It’s a small sample size, but the kid doesn’t look like a complete asshole like his uncle, Aegon II. In fact, he has become very aware of the fact that he is a bastard; He seems to love his parents and family. And sure, he needs some work as a swordsman and hopefully he doesn’t get burned like his real father (RIP, Harwin). But, as Visery (and only Visery, mind you) keeps telling us, Rhaenyra is the rightful heir to the throne, which means Jacquerys is, appropriately, next. So, really, it is the right choice. It’s important to keep Kristen Cole 2,000 feet away from the boy, because it’s pretty clear he has a 10-plus year grudge against his mother. Leaving King’s Landing will save the boy from being damaged, but only time will tell.

Andrew Gruttadaro: God bless – what a disastrous bridge to choose a ruler. We have a pervert, an idiot who gets too close to a dragon, a girl who way Also in Bugs, two brunettes who seem to have none of their parents’ “bone-breaking” strength or “pig’s blood on my face” intensity, and two little women who just lost their mother, left to raise. A father who is ready to marry his niece. No wonder civil war is looming. For this question, I have no choice but to choose newborn Joffrey. Of course, he is named after his “father’s” love and will surely come in the future Second King Joffrey who, uh, sucked. But maybe this will be okay; It’s a good thing he’ll grow up without the strange dynamics of being raised by the Lord Commander of the City Watch. Of course not His real father. Joff is the best we’ve got at this point, because we basically have nothing else at this point.