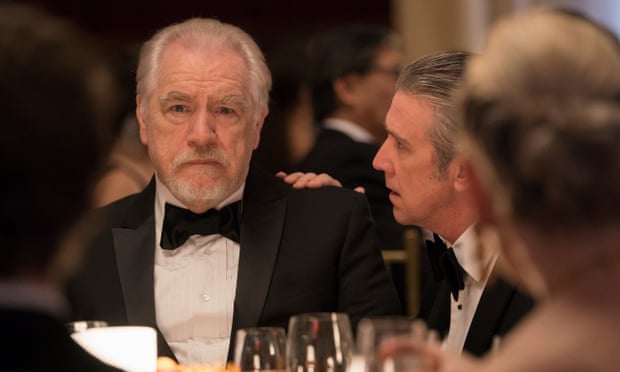 Brian Cox has said that Logan Roy, the character he plays in Succession, would “hate it” if the pair ever met.

“I have a lot of respect for Logan,” said the Scottish actor, who is filming his fourth series as the misfit media mogul.

He added: “What I love about Logan is that it’s self-made. Unlike Trump, Murdoch and Conrad Black, he did it all himself. He’s ugly, he’s kind of sad, and his curse is that he loves his children. Life would be so much easier if he didn’t love his children.

“One thing we have in common is a deep disillusionment with the human experiment. We both think that people are completely deluded. I’m an optimist – not Logan. Logan would hate me, he would think I was dull and boring.

“If Logan met me, he’d say, ‘I wish Brian Cox would just stop having sex.'”

Cox told the audience at the Edinburgh TV Festival that Logan Roy was originally going to be a Canadian billionaire, before a last-minute script change relocated him to Cox’s native Dundee.

The actor said show bosses thought it would be “a bit of a surprise”.

He also mocked the inability of the writers of Succession to finish their scripts until just before the shooting of each episode: “Having a script is like gold. We get the script two days before the shoot starts.”

Cox lamented the class privilege of many successful actors, such as Benedict Cumberbatch and Eddie Redmayne, and questioned whether they would have had the same opportunities had he been born today.

While interviewing the SNP Culture Minister, Angus Robertson, he expressed his support for Scottish independence. He said: “I want my country to be independent.”

Cox is returning to Scotland next summer to make Glenrothen, his directorial debut. The film follows the journey of a family-owned distillery in the central highlands.

Despite playing both Logan Roy and Hannibal Lecter, the actor said he never wanted to be known for playing evil men.

“I think I’m a cat – but people are threatening me.”