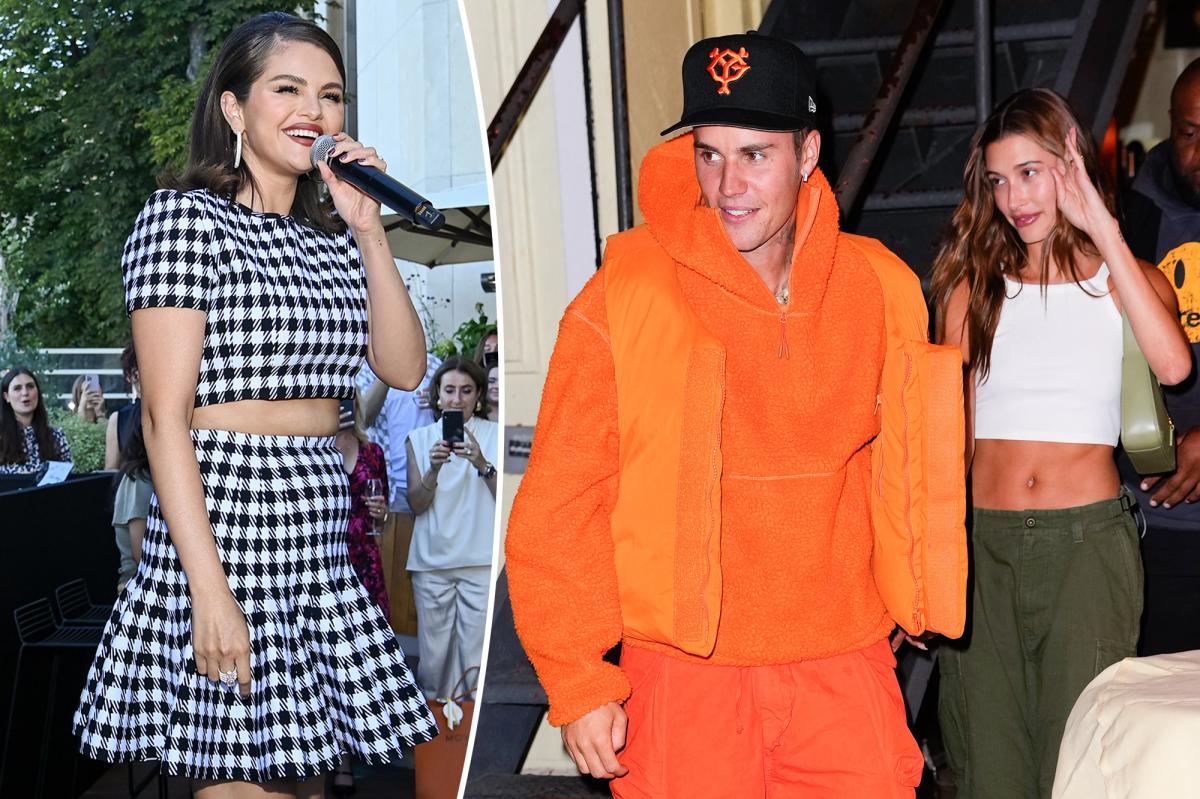 Selena Gomez took a moment to share the importance of kindness and words on the heels of Hailey Bieber’s viral podcast interview.

“It’s incredibly ironic that I would release something about kind words because that’s what I want,” Gomez said on TikTok Live on Thursday, part of which was caught and Reposted on Twitter.

According to E! News, the Rare Beauty founder added, “It’s not fair because I saw that nobody should be talked to that way.”

“If you support Rare, I can’t thank you enough, but know that you’re representing what he stands for, and that is: words matter, really matter,” the singer added.

Gomez, 30, ended her message by wishing her fans “have a great day.”

Mrs. Bieber was unusually candid on Wednesday’s episode of the “Call Her Daddy” podcast, during which she revealed that she had spoken to Gomez since the actress married ex-boyfriend Justin Bieber in September 2018.

“It’s all about respect. It’s all love,” the model, 25, said of her conversation with Gomez, adding there was “no drama personally” between them.

“She doesn’t owe me anything,” Haley noted. “None of us owes anybody anything. I respect her a lot and I think she has no expectations [between us]. I respect her.”

In regards to marrying Justin, 28, just months after his last breakup from Gomez, the Road Skin founder explained, “Everybody on our side knows what happened and we’re fine and we can walk away from it with clarity and respect.”

Hailey indirectly addressed the hordes of relentless “Jelena” fans, explaining that she never “stolen” Justin from Gomez, because it was not in her “character.”

“I never want to get stuck in a relationship and get married to them and think to myself, ‘I wonder if it was really off for you,'” she shared, revealing her husband. His “chapter” was completely shut down before taking his relationship with the former Disney Channel star to the next level.