A US senator meets Taiwan’s president amid tensions with China 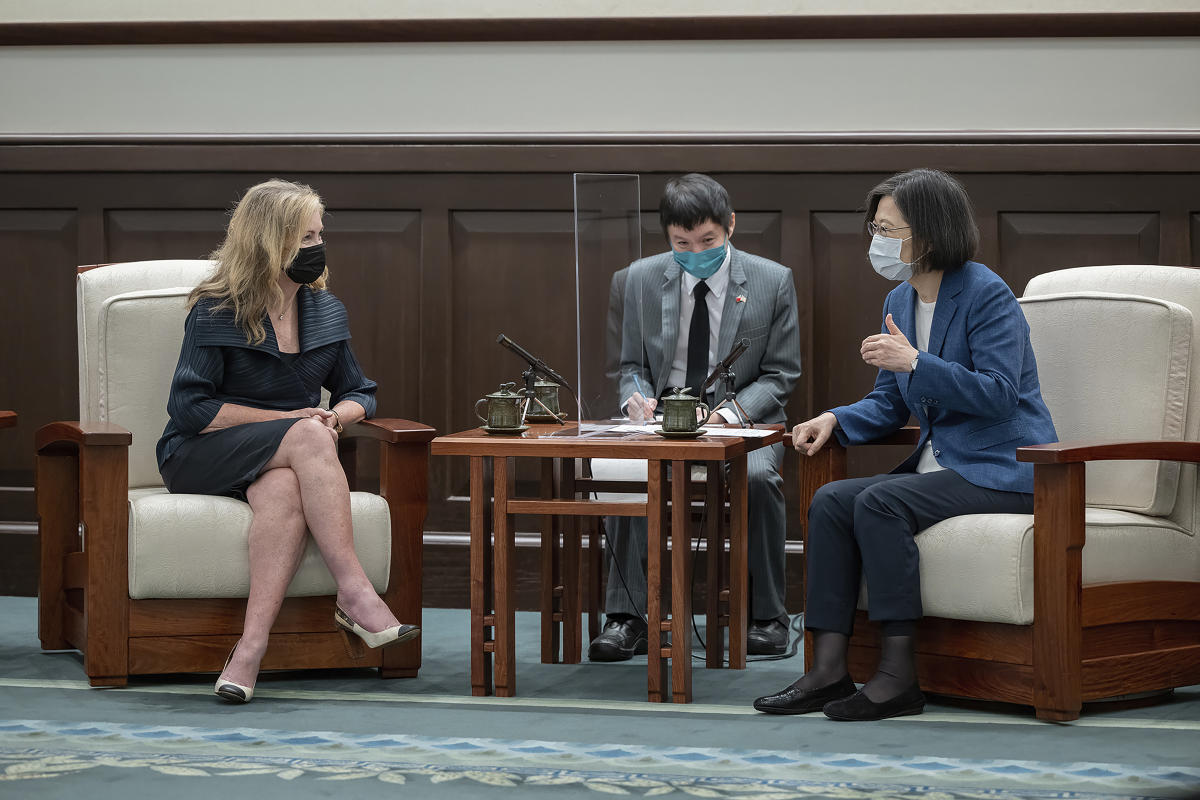 In her remarks, Tsai pointed to large-scale military exercises launched by China in response to Pelosi’s visit, as well as Russia’s invasion of Ukraine, as challenges to democratic governments such as the US and Taiwan.

“These developments show how authoritarian countries are disrupting and threatening the global order,” she said.

Blackburn, a Republican from Tennessee, affirmed the shared values ​​between the two governments and said she “looks forward to supporting Taiwan as it pushes forward as an independent nation.”

China claims autonomous Taiwan as its own territory, to be taken by force if necessary, and sees high-level foreign visits to the island as interference in its affairs and de facto recognition of Taiwan’s sovereignty. China’s recent military drills were seen by some as a rehearsal for future military action on the island, which US military leaders say could come in the next few years.

During their meeting, Tsai and Blackburn also highlighted the importance of economic ties, particularly in the semiconductor sector, where Taiwan is a world leader and the US is looking for more investment at home.

Blackburn arrived in Taipei late Thursday night after visiting Fiji, the Solomon Islands and Papua New Guinea as part of an effort to “increase our diplomatic footprint in the region,” her office said in a statement.

“The Indo-Pacific region is the next frontier for a new axis of evil,” said Blackburn, a staunch supporter of former President Donald Trump. “We must stand up against the Chinese Communist Party.”

China has been making inroads into the western Pacific, signing a comprehensive security pact with the Solomons that allies such as the US and Australia see as an attempt to overturn traditional security arrangements in the region.

Pelosi was the highest-ranking member of the US government to visit Taiwan in 25 years. China’s response was to declare six zones around the island for military exercises that included firing missiles at the island and sending ships to the center line of the Taiwan Strait, seen as a buffer between the two sides. Some of the missiles landed in Japan’s exclusive economic zone.

Following Pelosi’s trip, a delegation of House and Senate members visited. This week, Indiana’s governor visited with a focus on business and educational cooperation. US politicians have shown support for the island in their visits.

“I just landed in Taiwan to send a message to Beijing – we will not be bullied,” Blackburn said in a tweet Friday morning. “The United States is steadfast in preserving freedom around the world and will not tolerate attempts to undermine our nation and our allies.”

The island’s foreign minister, Joseph Wu, said Friday that he welcomes all such visits by foreign government officials.

“Because of China’s military pressure against Taiwan, there are more people than ever who want to come to Taiwan and show support,” Wu said. “You’ve already seen a lot. And I can tell you there will be more.”

During her three-day visit, Blackburn will meet with the head of Taiwan’s National Security Council.

Washington has no official diplomatic ties with Taipei in relation to China, but remains the island’s biggest security guarantor, with US law ensuring Taiwan has the means to defend itself and considering threats to the island a matter of “serious concern”.

Taiwan and China separated after a civil war in 1949 and have no official ties but are bound by billions of dollars in trade and investment.

China has stepped up pressure on Taiwan after it elected Tsai, who is pro-independence, as president. When Tsai refused to recognize the concept of a single Chinese nation, China cut ties with the Taiwanese government.

US congressional visits to the island have increased over the past year.

On Thursday, the executive branch of Taiwan’s government proposed a 12.9% increase in the defense ministry’s annual budget next year. The government plans to spend an additional 47.5 billion New Taiwan Dollars ($1.6 billion) for a total of 415.1 billion NTD ($13.8 billion) for the year.

“The Chinese Communists have steadily expanded targeted military activities in recent years, normalizing the harassment of Taiwan’s waters and airspace with warships and warplanes,” the Ministry of Defense said.

Also on Thursday, the Defense Ministry said it tracked four Chinese naval vessels and 15 warplanes in the area around the island.