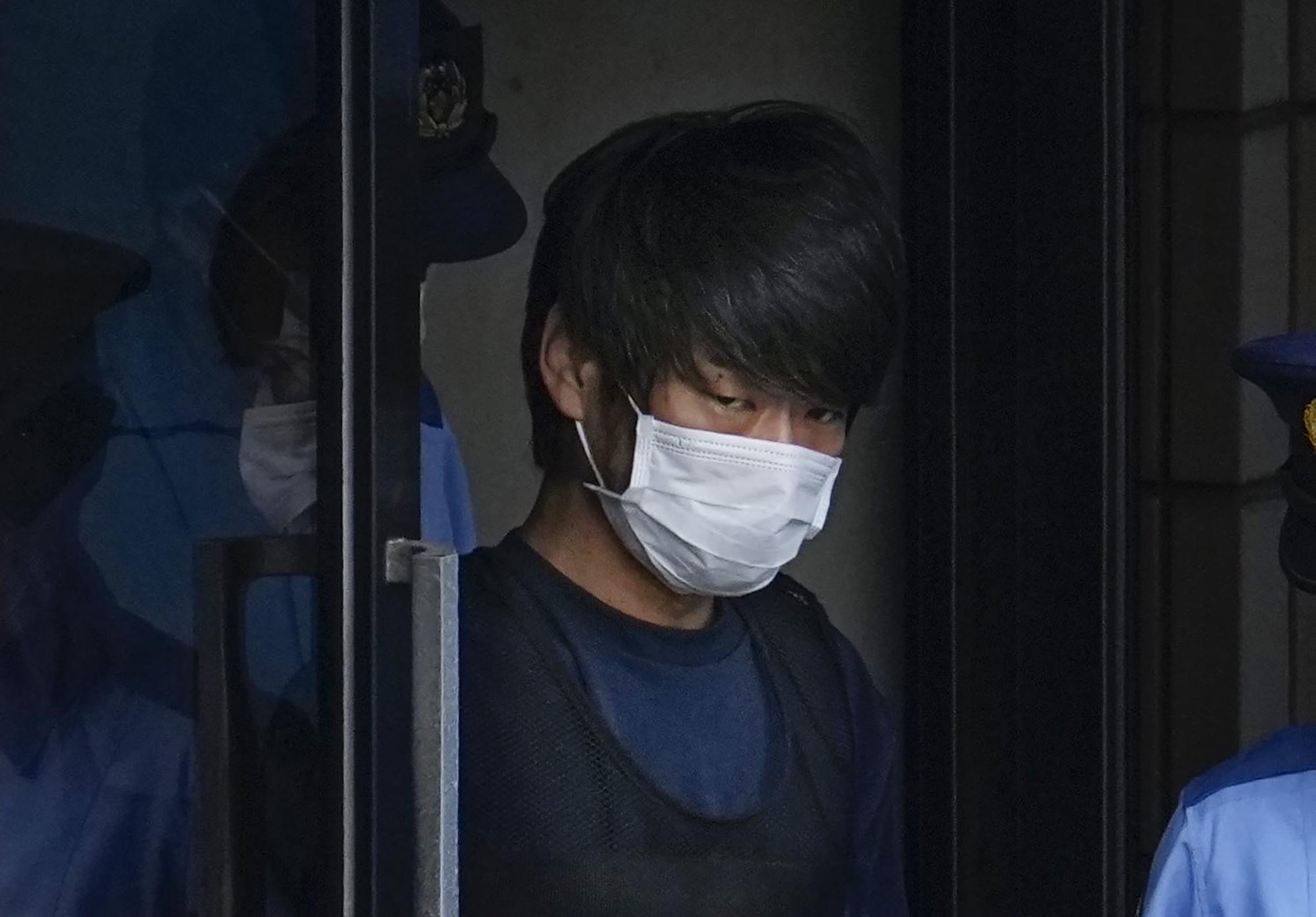 But there have been further surprises in the weeks since the murders as details have emerged about an alleged killer who was well-off until his mother’s large donations to the controversial Unification Church left him poor, neglected and filled with rage.

Some Japanese have expressed understanding, even sympathy, for the 41-year-old suspect, especially those of a similar age who may feel a pang of familiarity related to their own suffering during three decades of economic malaise and social unrest.

There have been suggestions on social media that a care package be sent to Tetsuya Yamagami’s detention center to cheer up the suspect. And more than 7,000 people have signed a petition requesting prosecutorial leniency for Yamagami, who told police he killed Abe, one of Japan’s most powerful and divisive politicians, because of his ties to an unidentified religious group believed to be the Unification Church.

Experts say the case highlights the plight of thousands of other children of church followers who have suffered abuse and neglect.

“Had he not allegedly committed the crime, Mr. Yamagami would have deserved a lot of sympathy. There are many others who suffer because of their parents’ beliefs”, said Kimiaki Nishida, professor of psychology at Risho University and an expert in cult studies.

There have also been serious political ramifications for Japan’s governing party, which has maintained warm relations with the church despite disputes and legal disputes.

Prime Minister Fumio Kishida’s popularity has plummeted since the assassination, and he has reshuffled his cabinet to purge members with ties to the religious group. On Thursday, the head of the National Police Agency submitted his resignation to accept responsibility for Abe’s murder.

Yamagami, who was detained for psychiatric evaluation until late November, had previously expressed hatred on social media for the Unification Church, which was founded in South Korea in 1954 and, since the 1980s, has faced allegations of corrupt recruitment practices and brainwashing. Followers make large donations.

In a letter seen by The Associated Press and a tweet believed to be his, Yamagami said his family and life had been destroyed by the church because of his mother’s large donations. Police confirmed that a draft of Yamagami’s letter was found on a computer seized from his one-room apartment.

“After my mother joined the church (in 1990), my entire teenage years went by, about 100 million yen ($735,000) wasted,” he wrote in a typed letter, which he sent the day before to a blogger in western Japan. He is accused of killing Abe during a campaign speech in Nara, western Japan, on July 8. “It is no exaggeration to say that my experience during that time has distorted my entire life.”

Yamagami’s father, an executive at a company founded by the suspect’s grandfather, committed suicide when Yamagami was four years old. After his mother joined the Unification Church, she began making large donations that bankrupted the family and dashed Yamagami’s hopes of attending college. His brother later committed suicide. After a three-year stint in the Navy, Yamagami had recently been a factory worker.

Yamagami’s uncle, in media interviews, said Yamagami’s mother donated 60 million yen ($440,000) within months of joining the church. When her father died in the late 1990s, she sold the company’s assets worth 40 million yen ($293,000), bankrupting the family in 2002. The uncle said he had to stop paying for food and school for the following children because the mother paid for it. The Church, not her children.

When Yamagami attempted suicide in 2005, his mother did not return from a trip to South Korea, where the church was founded, his uncle said.

Yamagami’s mother told prosecutors she was sorry for bothering the church over her son’s alleged crime. His uncle said she looked devastated but remained a church follower. Officials and the local bar association declined to comment. Repeated attempts to contact Yamagami, his mother, his uncle and their lawyers were unsuccessful.

In early October 2019, Yamagami, who reportedly tweeted under the name “Silent Hill 333,” wrote about the church, its painful past, and political issues.

In December 2019, he tweeted that his grandfather blamed Yamagami’s mother for the family troubles and even tried to kill her. “The most disappointing thing is that my grandfather was right. But I wanted to trust my mother.”

Part of Yamagami’s case is that he is a member of what Japanese media have called a “lost generation” stuck in low-paying contract jobs. He graduated from high school in 1999 during the “employment ice age” that followed the collapse of the country’s 1980s bubble economy.

Despite being the world’s third-largest economy, Japan has faced three decades of economic upheaval and social inequality, and many of those who grew up in these years are single and stuck in unstable jobs and feelings of loneliness and restlessness.

Some high-profile crimes in recent years, such as the mass killings in Tokyo’s Akihabara electronics district in 2008 and a fatal arson attack on Kyoto Animation in 2016, have involved “lost generation” attackers with troubled family and work histories.

Yamagami’s case has also shed light on the children of Unification Church followers. Experts say many have been ignored and received little help because government and school officials resist interference on religious freedom grounds.

“If our society had paid more attention to the problems of the past few decades, (Yamagami’s) attack could have been prevented,” said Mafumi Usui, a professor of social psychology at Niigata Seirio University and a cult expert.

More than 55,000 people have joined a petition seeking legal protection for “second generation” followers who say they were forced to join the church.

Abe, in a September 2021 video message, praised the church’s work for peace on the Korean Peninsula and its focus on family values. His video appearance may have inspired Yamagami, said Nishida, a professor of psychology.

Yamagami told police that he had planned to kill Hak Ja Han Moon, the wife of the church’s founder, who has led the church since Moon’s 2012 death, but the target changed because she was unlikely to visit Japan during the pandemic.

“Although I feel bitter, Abe is not my real enemy. He is simply one of the most influential sympathizers of the Unification Church,” Yamagami wrote in his letter. “I’ve already lost the mental space to think about the political implications or the implications of Abe’s death.”

The case has drawn attention to the relationship between the Church, which arrived in Japan in 1964, and the Liberal Democratic Party, which has ruled Japan almost continuously since World War II.

Tomihiro Tanaka, head of the church’s Japan branch, denies “political interference” with any particular party, but the church has developed closer ties with ruling party lawmakers than others because of a shared anti-communist stance.

Members of the National Network of Lawyers Against Spiritual Sales, which has provided legal assistance to people in financial disputes with the church for decades, say they have received 34,000 complaints totaling more than 120 billion yen ($900 million).

Tanaka accused lawyers and the media of “persecuting” church followers.

A former follower in her 40s told a recent press conference that she and two sisters were forced to join the church when she was in high school after their mother became a follower.

After two failed marriages arranged by the church, she said she awoke from “mind control” and returned to Japan in 2013.

As a second-generation victim “who had my life destroyed by the church, I can understand (Yamagami’s) pain, even though what he did was wrong,” she said.