After a year, retreating to Afghanistan is the right option 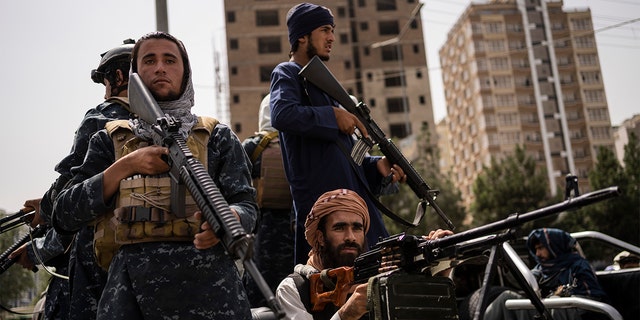 Both President Joe Biden and former President Donald Trump came to the same conclusion about US military involvement in Afghanistan – it no longer makes sense.

Over twenty years of our efforts, it has become clear that no amount of money or US and coalition forces will help the Afghan government provide its own security and stability. We can no longer justify putting more American lives at risk and spending billions of additional taxpayer dollars on the effort. A year ago, Biden took the final step in the process begun by the previous administration to end our involvement in Afghanistan by ordering the withdrawal of the last few thousand US troops from Afghanistan.

Many lessons can be learned from this 20-year campaign. Last year, in the annual defense bill, Congress created a bipartisan commission to examine this very important issue. But the biggest lesson seems clear. Afghanistan is a country on the other side of the world, a country with a very different history and culture than ours, which we cannot recreate with US military might.

Biden administration moves ahead with talks to return billions in frozen funds to Afghanistan: report

Biden and Trump made the decision that needed to be made because they both acknowledged this reality.

Taliban fighters held a women’s march in support of the Taliban government outside Kabul University in Afghanistan.
(AP Photo/Bernat Armangue)

Some disagree with this point and insist that if the United States had simply kept trying and put more resources into the effort, we could have formed a stable government in Afghanistan that would have been a strong partner for the United States. Twenty years of effort by four different presidents and more generals and diplomats than most of us can now remember made it clear that this was not the case. If we had stayed, we would have only lost more American lives and spent more money – only to end up in the same place five, 10 or 20 years from now.

Others argue that we should have kept a small military force in the country, not to try to restructure the government or build up the Afghan security forces, but to fight and contain terrorist groups in the country. But this approach also makes no sense. Who would have protected this small force from the rising Taliban insurgency in Afghanistan? This small force would have been under constant threat, would have spent most of its time on troop defense and would not have adequately executed its counter-terrorism mission. It would have been obvious that these troops would either have to be withdrawn or thousands more troops would have to be deployed to provide military cover for this counter-terrorism campaign, putting more Americans at risk and costing billions of dollars.

Ultimately, a large number of people focus their criticism on the details of the peace deal Trump agreed to and the way Biden and his team executed the final withdrawal from Afghanistan last year.

Ending the war in Afghanistan was never going to be easy or without risk. We waited until we did precisely because the leaders of the US government understood this. Analysts knew that the Afghan government would not be able to stand up to the Taliban without the support of the US and our coalition partners. And a Taliban takeover means a return to their violent, brutally repressive regime.

The end was tragic. We lost 13 more brave US service members during last-ditch efforts to pull out as many Americans and Afghan allies as possible, and the Afghan people have suffered terribly since the return of a Taliban-led government. But the United States and our alliance partners decided to leave precisely because we realized that, 20 years later, a large military force would not be able to prevent this outcome. More American lives lost and American dollars spent were not going to change that.

The exodus was chaotic, but it was an inevitable consequence of the Afghan government’s inability to provide its own security and stability. While we clearly need to examine the details of the exodus to see what could have been done better, we also need to look at the 20 years of decisions that came before it.

However, withdrawing our troops from Afghanistan was the right decision.