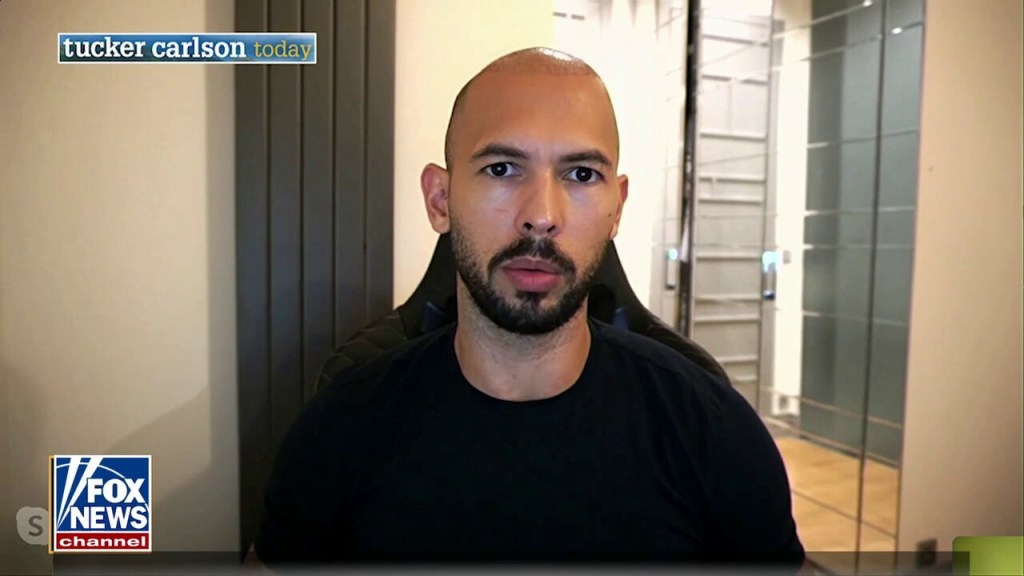 In an interview on Fox Nation’s “Tucker Carlson Today” that aired Thursday, Tate claimed the tech platform prevented him from asserting his “traditional masculine values.”

“They banned me because I had a large segment of the population agree with traditional masculine values,” Tate said (via Fox News).

“I live a very traditionally masculine life,” Tate told Carlson. “I had a fast car and a big house and a lot of money and a beautiful girlfriend, and they thought it was too dangerous. And for some reason, they decided they’d better erase me from the internet and replace me with someone more aligned with the proposition they’re trying to make.”

Last week, Meta said it had permanently suspended Tate’s accounts on Facebook and Instagram for violating the company’s policies on “dangerous entities and individuals.” Similarly, YouTube banned Tate’s channel with Tate Speech, citing multiple violations of the platform’s community guidelines and terms of service, including its hate speech policy.

Tate, 35, has repeatedly made hateful and sometimes violent comments about women. Over the years, the British-American former kickboxer has compared women to dogs, said women should not be allowed to drive and argued that women should bear the “responsibility” for being raped.

“[I]If you put yourself in the position of being raped, you must be open [sic] Some responsibility,” Tate tweeted in 2017, after which Twitter permanently banned him. “I’m not saying you were raped. No woman should be oppressed. However, they don’t want to blame anything on the victim, including sexual assault. “

Earlier this month, the Guardian reported that Tate was being investigated for human trafficking (which he denies). In a video explaining why he moved from the UK to Romania, Tate said, according to the Guardian, “I’m not a rapist, but I like the idea of ​​being able to do what I want. I like to be free.” In April, Romanian police raided his home in response to reports that a 21-year-old American woman had been held against her will.

On Barstool Sports’ “BFF” podcast in July, he was asked about his previous comments about women being the property of men. “I’m not saying they are assets. I say they are given to man and belong to man,” Tete said. In 2016, Tate was booted from season 17 of the UK version of the reality show “Big Brother” after a video surfaced showing him hitting a woman with a belt (although both later said it was consensual).

In a recent interview with Carlson, Tate complained that his comments were often taken out of context. “What happens when I say these things, they ignore 95% of what I say,” Tate said. “They ignore me saying you should avoid men of lower status. And they take a little bit where I say, ‘Avoid dishonest women.’ And then they put it on a reel — a very short three- or four-second clip — and then they say I’m an ugly person and I’m a danger to women and I need to be banned.