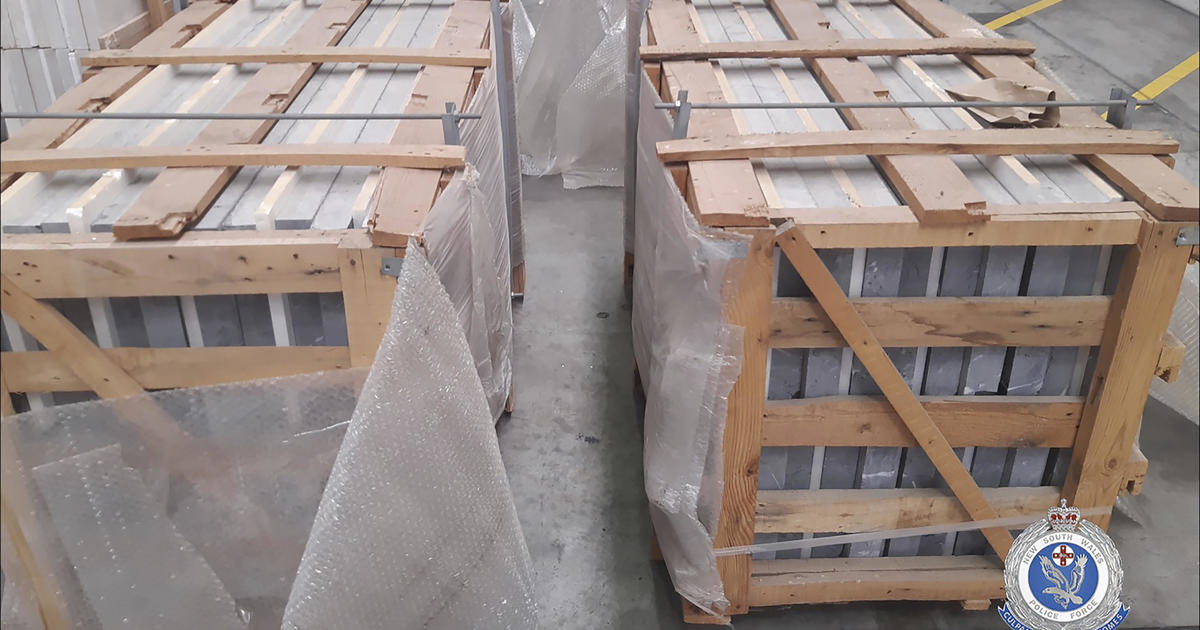 Authorities have found 1.8 metric tonnes (2 US tonnes) of methamphetamine hidden in marble tiles shipped to Sydney from the Middle East, in what police have described as Australia’s biggest-ever seizure of the illegal drug.

Three men were arrested after 748 kilograms (1,649 pounds) of the drug were hidden in 24 containers that arrived at Port Botany earlier this month, authorities said on Friday.

Another 1,060 kilograms (2,337 pounds) of meth was found in 19 containers that arrived at the same port last week. The drugs were concealed in the same manner and were all shipped from the United Arab Emirates.

Police estimate meth’s street value at 1.6 billion Australian dollars ($1.1 billion), which shows how much Australians pay for the illegal drug, which is higher than users in many comparable countries.

“Many high-, mid- and low-tier suppliers will feel this seizure over the coming weeks,” Watson said.

No further arrests have been made since last week’s seizure. Investigators have turned their attention to identifying overseas suppliers.

“The Middle East is probably our main focus,” Watson said. “But I certainly wouldn’t limit our investigation to just that region.”

Watson said all the containers were to be sent to a factory in western Sydney, which was set up to quickly extract the meth from the marble. Police do not know how many times the factory was used.

The three men already arrested – ages 24, 26 and 34 – face a possible life sentence in prison if convicted of drug trafficking. He appeared in court and was denied bail.

“These individuals have the audacity to think they can import such a large quantity of harmful drugs into Australia,” Australian Border Force Assistant Commissioner Erin Dale said. “Let’s be clear: this is the biggest seizure of methylamphetamine on the Australian border and it’s a huge blow to organized crime.”

Australia’s previous record of 1.6 metric tonnes (1.8 US tonnes) was hidden in speakers and shipped from Bangkok to Melbourne in April 2019. Three Melbourne residents were charged with drug offences.

The discovery is the latest in a string of large-scale meth busts around the world.

Mexican soldiers took over earlier this month Almost 1.5 tons of meth and 328 pounds of clear powder fentanyl at a checkpoint in the northern state of Sonora.

last month, Over 5,000 pounds of meth A record-breaking seizure was found in Southern California.