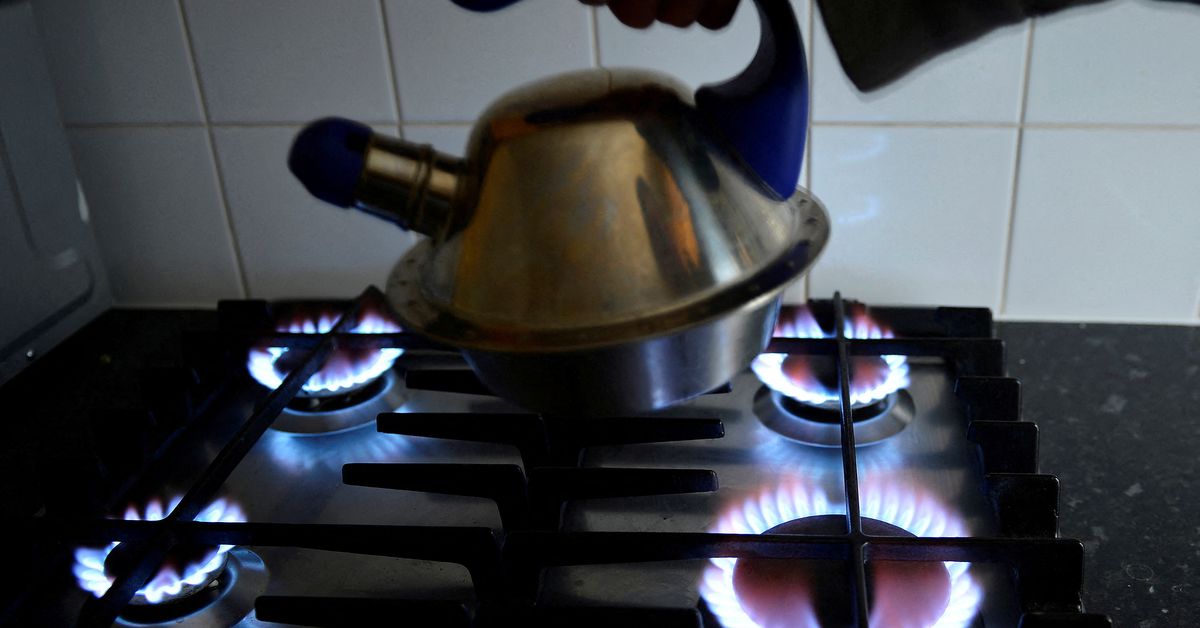 A gas cooker is seen in Boroughbridge, northern England on November 13, 2012. REUTERS/Nigel Roddis

LONDON, Aug 26 (Reuters) – British energy bills will rise 80% from October to an average of 3,549 pounds ($4,188) a year, the regulator said on Friday, leaving millions of households in fuel poverty and businesses at risk if the government does not act. in

Jonathan Brearley, CEO of Ofgem, said the increase would have a huge impact on households across Britain and another increase was likely in January as Russia’s move to throttle European supplies pushed wholesale gas prices to record highs.

“It’s a disaster,” said Britain’s leading consumer rights champion Martin Lewis, who said people would die if they refused to cook food or heat their homes this winter.

Brearley said a government response needed to match the scale of the crisis with “urgent and decisive” action.

Prime Minister Boris Johnson, who has less than two weeks left in office, said his successor would announce “extra cash” next month targeting the most vulnerable.

“But I don’t think what we should do is try to limit the whole thing to absolutely everyone, the wealthiest households in the country,” he told reporters.

In May, when price forecasts were significantly lower, the government announced a 400-pound ($472) discount on consumer bills for this winter.

The opposition Labor Party said if they were in power they would freeze prices, which could cost around 60 billion pounds a year – almost as much as the Covid furlough scheme.

The pressure is being felt across Europe but particularly in gas-dependent Britain where price rises are eye-watering. Read on

The average annual bill from £1,277 last year will rise to £3,549 this year and leading forecaster Cornwall Insight said prices are likely to rocket again in 2023.

Bills are expected to rise to £6,616 in the second quarter and households will have to pay around £500 a month for energy in 2023, which for many is more than the rent or mortgage.

The rise has pushed inflation to a 40-year high and the Bank of England has warned of a prolonged recession. Despite the bleak outlook, Britain’s response has been hampered by the race to replace Johnson, who has focused on the votes of Conservative Party members eager for tax and spending cuts.

The two candidates – Foreign Secretary Liz Truss and former Finance Minister Rishi Sunak – have clashed over how to respond, with front-runner Truss initially saying she would cut taxes rather than offer “handouts”.

Both sides have agreed that the poorest in society will need the support, and the government said on Friday it should look at how much energy households use – after previously saying people would know what to do.

The Labor Party has said the country cannot wait any longer to act. “This is a national emergency,” said Finance spokeswoman Rachel Reeves.

The wholesale price rise is passed on to British consumers through a price cap measured every three months, which was designed to stop profiteering by energy suppliers but is now the lowest price available to 24 million households.

The volatility in the sector is such that almost 30 energy retailers have gone out of business and Ofgem has said that most domestic suppliers are not making a profit.

Supplier E.On said Britain should accelerate its move away from gas and better insulate its Victorian-era housing stock, while rival Scottish Power called on the government to set up a deficit fund to keep bills down and spread costs over 10-15. Year period.

Ofgem said customers who cannot pay their bills will be offered an affordable repayment plan by their supplier.

They will only be forced to switch to prepayment meters, which charge higher than average rates, as a “last resort”.

The market is too volatile to predict the next cap in January, Ofgem said, but conditions in the gas market over the winter meant prices could deteriorate “significantly” by 2023.