King Charles, withdrawing from campaigning, will not go to Egypt climate summit 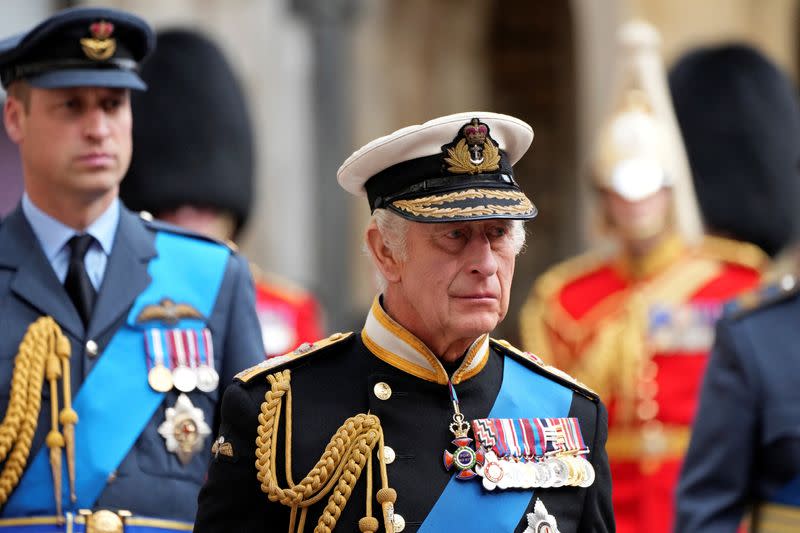 LONDON (Reuters) – Britain’s King Charles will not attend a climate change summit of world leaders in Egypt next month, a royal source said on Sunday, as the new monarch steps back from his previous high-profile campaign roles.

Buckingham Palace sought the government’s advice on the United Nations COP27 summit and unanimously agreed that it would not be appropriate for Charles to visit in person on what would be his first foreign trip as sovereign, the source said.

There had been no confirmation that Charles would attend the meeting before he became king following the death of his mother, Queen Elizabeth, last month, the source said.

Charles spoke at the opening ceremony of the COP26 summit in Glasgow in 2021, which he described as the “last chance salon” to save the world from climate change, after the Queen pulled out on medical advice.

The Sunday Times newspaper reported that Charles had been told by new Prime Minister Liz Truss not to travel to Egypt, scrapping plans to address the conference.

The newspaper quoted a Downing Street source as saying that a recent meeting between Charles and Truss was cordial and there was no row.

The new king campaigned for the environment and other issues as heir apparent but said last month that “it will no longer be possible to give so much of my time and energy to charities and issues that I care so much about”.