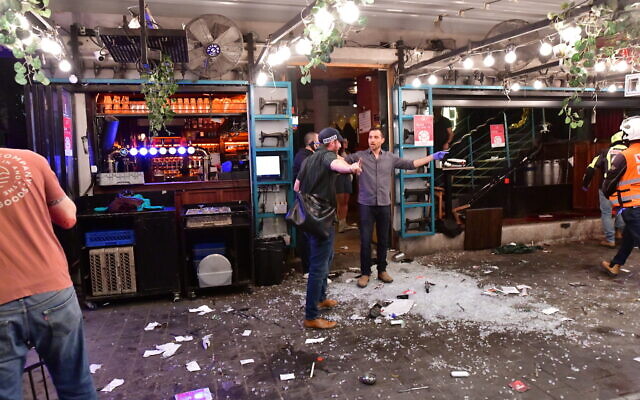 Israeli and Palestinian officials said at least four Palestinians were killed in an attack by Israeli forces early Wednesday in the northern West Bank city of Jenin.

A Border Police spokesman said in a statement that officers, along with soldiers from the Israel Defense Forces, tried to arrest Abd al-Rahman Hazem and Mohammed Alonah, brothers of the terrorist who carried out a deadly shooting in Tel Aviv earlier this year.

The pair were responsible for a series of shooting attacks in recent months, including earlier this month targeting a Defense Ministry engineering vehicle operating along the northern West Bank security barrier, a police spokesman said.

Israeli officials said the pair planned to carry out “more significant attacks in the near future”.

Israeli forces surrounded the family home of Raad Hazem, the terrorist who opened fire on patrons on April 7 at the Ilka Bar on Dizengoff Street in Tel Aviv, killing three.

Footage released by Palestinian media shows smoke billowing from a building in Jenin.

Palestinian media said the army fired small missiles at the building, but the IDF and police said the wanted gunmen dropped a large bomb as the army tried to enter the house.

“Hazem and Alonah were killed in the firing,” police said, adding that troops recovered an assault rifle from the gunmen.

Police also released headcam footage showing officers approaching the home and killing a gunman who jumped from the building.

The Palestinian Authority’s Health Ministry said two more people were killed in the clashes and 44 others were injured, many critically.

The local branch of the Palestinian Islamic Jihad terror group said its members opened fire on troops near the home of the Hazem family.

The third Palestinian killed was identified as Ahmed Alawneh (24), a member of the Palestinian Authority security forces. He was killed while firing on Israeli forces in the area, according to footage published by Palestinian media.

The fourth deceased was identified as Mohammad Abu Nasa.

A photograph of Martyr Muhammad Abu Nasa, who was martyred by the exile army’s bullets some time ago. #Fetus pic.twitter.com/bXXC937z8t

No Israelis were injured in this operation.

Hazem’s father Fathi and his two brothers were wanted for questioning after the attack.

Fathi Hazem publicly praised her son’s actions after the deadly attack at the busy bar.

Police and rescue workers at the scene of a deadly terrorist attack on Dizengoff Street in central Tel Aviv, April 7, 2022.

Hazem killed Tomar Morad and Itam Magini, two friends, both 27, and Barak Lufan, 35, a father of three, in the shooting and wounded around a dozen.

He fled after the assassination and was found hiding near a mosque in Jaffa after an hour-long manhunt involving hundreds of security officers.

While initially surrendering, Hazem pulled out a gun and fired at officers, who shot and killed him, security forces said at the time.

Earlier this month the IDF demolished Hayzem’s apartment in the Jenin refugee camp. 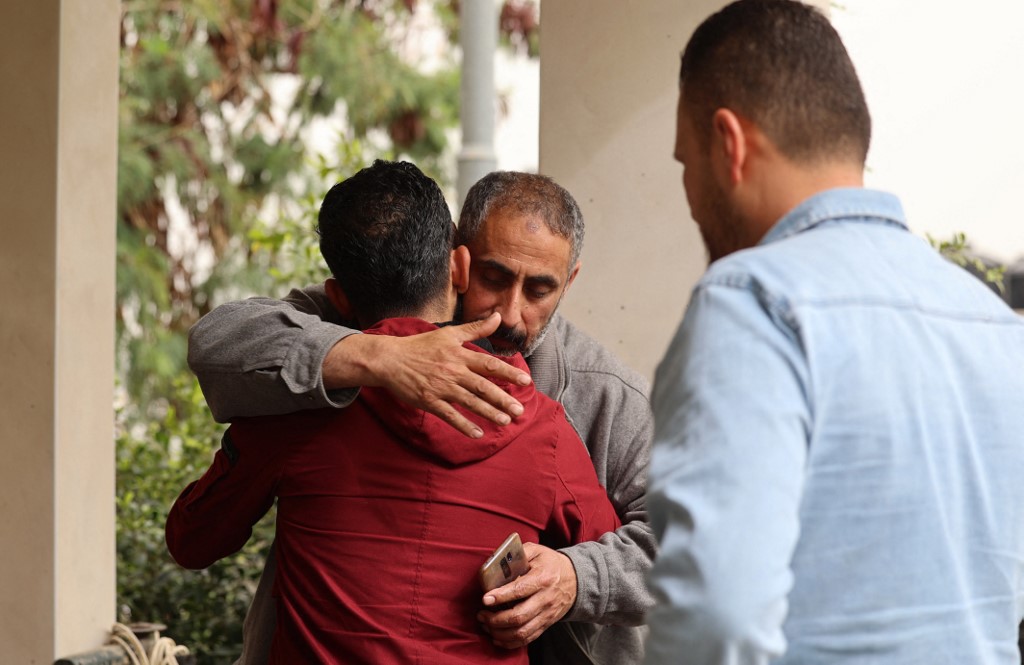 Fathi Hazem, father of Raad Hazem, 28, the Palestinian terrorist who killed three Israelis and wounded several others in Tel Aviv the night before, hugs a friend at his home in the West Bank city of Jenin on April 8, 2022. (Jafar Ashtiyeh / AFP)

The IDF raids on Wednesday came amid rising violence in the West Bank, particularly in the north.

On Tuesday night, Israeli forces opened fire near the Palestinian town of Ash-Shamalia during “routine activities”.

In recent months, Israeli forces have repeatedly fired on Palestinian towns in the West Bank during nighttime raids.

The military launched the crackdown after a series of deadly attacks that killed 19 people from mid-March to early May, including the Tel Aviv shooting.

Many of the IDF’s arrests in recent months have focused on Nablus and Jenin in the northern West Bank, where many of the terrorists who carried out the attacks earlier this year came from.

Israeli security officials have warned in recent months that the Palestinian Authority is losing control of the northern West Bank.

I am proud to cover Israeli arts and culture for The Times of Israel. Musicians, painters and writers, chefs and winemakers, filmmakers and screenwriters – My Beat shows the ‘other side’ of life here with inspiring artists of all stripes.

Despite all the obstacles this small nation has faced, the creative spirit of the Israeli people has somehow flourished. I am privileged to share these compelling stories with ToI readers and listeners, raising your awareness of the extraordinarily vibrant Israeli art community.

Your support, through The Times of Israel Community, helps us continue to provide readers around the world with amazing, impactful stories like mine. Will you join our community today?