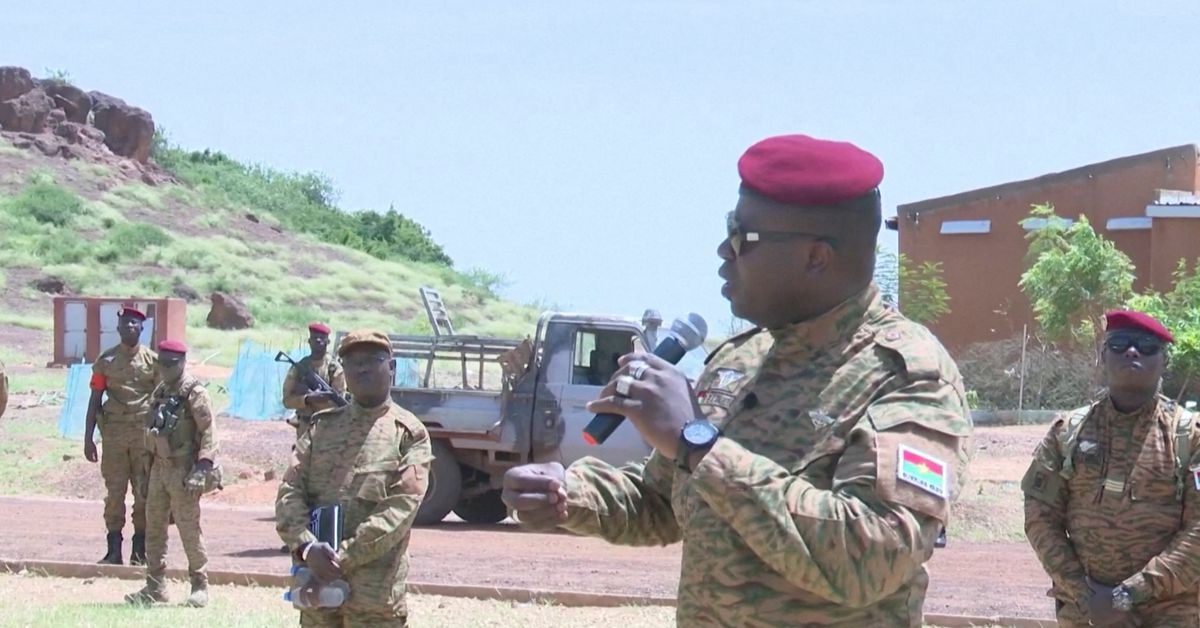 OUGADOUGOU, Sept 30 (Reuters) – Soldiers took to the streets of Burkina Faso’s capital on Friday and blocked access to administrative buildings after gunfire erupted and explosions were heard near the presidential palace, raising fears of a second military coup in eight months.

Reuters reporters said gunfire was heard in the early hours of the morning at the main military camp in Ouagadougou and some residential areas. Then there was an explosion near the palace. State television stopped broadcasting.

By morning, the city, usually bustling with motorbikes and cars, was quiet. Military vehicles were parked on deserted roads. Schools, businesses and banks were closed.

The US Embassy urged US citizens to limit their movements.

A government spokesperson could not be reached.

It is not yet clear whether the shootings and explosions were part of the coup attempt, but security sources say the army is frustrated by the lack of progress in combating Islamist militants.

A junta led by Colonel Paul-Henri Sandaougo Damiba seized power in Burkina Faso in a coup d’état on 24 January.

The latest unrest echoes other power grabs that have swept West and Central Africa over the past two years, undoing decades of democratic progress.

The coup has been fueled in part by violence by Islamist groups that occupy large parts of northern Burkina Faso and parts of neighboring Mali and Niger.

Military juntas were enjoyed by the civilian population in the vain hope that they would be more successful in containing the insurgency than their democratically elected predecessors.

“If successful, this would mark the sixth unconstitutional takeover in the Sahel in the past two years,” said Eric Humphrey-Smith, senior Africa analyst at risk intelligence firm Verisk Maplecroft.

“If not, this is still a damning indictment of the state of democracy in the region.”

Former leader Damiba’s whereabouts were unknown on Friday. His government was expected to hold a press conference on Friday afternoon to brief the media about the security situation.

His January takeover was widely celebrated by citizens fed up with the inability of former President Roch Kabore’s civilian government to rein in militants linked to Islamic State and Al Qaeda. Terrorists have killed thousands of civilians in Burkina Faso in recent years.

But attacks in the impoverished West African country have worsened and the military has been weakened. Security sources say the rank and file who supported Damiba in January are disillusioned.

This week, 11 soldiers were killed when unknown assailants attacked a convoy of 150 vehicles carrying supplies in a village in northern Burkina Faso. Fifty citizens are missing. Read on

Meanwhile, many towns and villages not under siege have seen their populations grow as people flee the violence from the countryside. The health system is strained. Malnutrition rates are high due to drought.

Anti-military protests have erupted in cities across Burkina Faso this week, including in the northern city of Kaya on Saturday, demanding that the government do more to improve the security situation.

Since 2018, much of the country has been deregulated. Hundreds of thousands of people have fled their homes, fearing further attacks by gunmen who frequently descend on rural communities on motorbikes.

Burkina Faso has been the epicenter of violence that began in neighboring Mali in 2012 but has since spread across the arid expanse of the Sahel region south of the Sahara desert.

Also Burkina Faso, Mali, Chad and Guinea have all seen regime change since 2020, raising fears of a backsliding towards military rule in regions that have made democratic strides in recent decades.