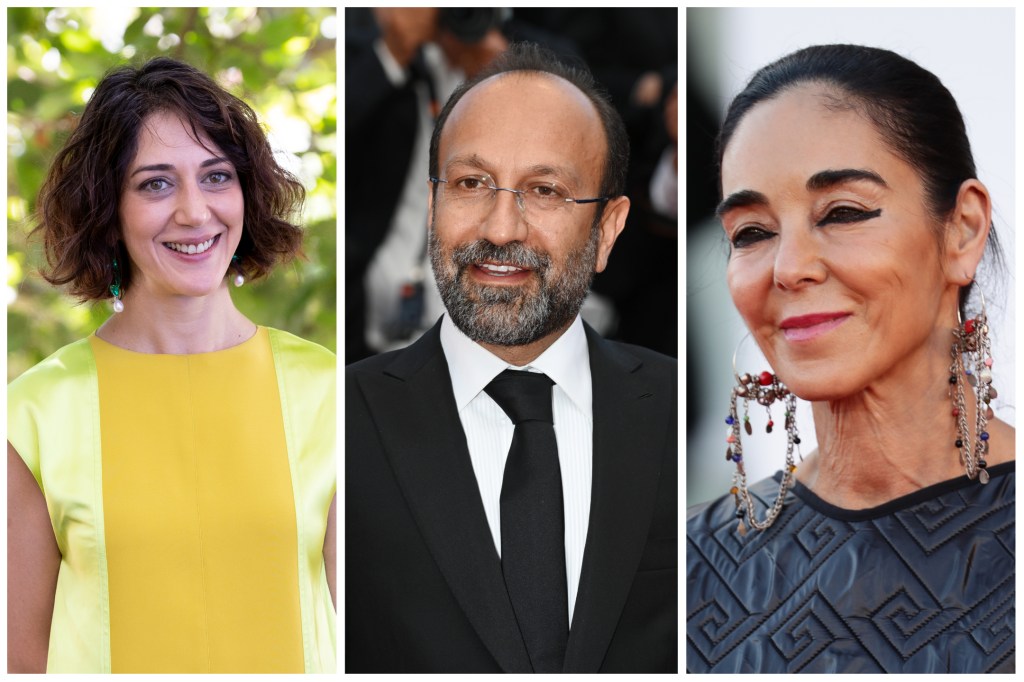 An Iranian government official has warned that celebrities who publicly support anti-government protests will be prosecuted following the death of 22-year-old Mahsa Amini in police custody.

The demonstrations have received an unprecedented level of public support from many prominent figures in Iran’s cultural, media and sports sectors, who have not previously commented openly on the political situation in their country.

Mohsen Mansouri, the governor of Tehran province, said authorities would deal with “celebrities and signatories who fan the flames of riots.” [lucrative] Contracts with radio and television, but takes a stand against security and order during riots.

“Of course, we cannot deal with some cases immediately due to material reasons, but undoubtedly we will deal with them after a few days and at the right time,” he was quoted as saying by state news agency IRNA.

Over the weekend, Oscar-winning Iranian director Asghar Farhadi posted a video on his Instagram account asking the world to come together in solidarity with the protesters.

It was a unique move by the director, who until now moved freely in and out of Iran, is currently attending the Zurich Film Festival as the president of the jury.

Separately, another group of Iranian cinema professionals wrote an open letter condemning the authorities’ actions and supporting the protests.

Back in Iran, popular, award-winning actress Fatameh Motamed-Ayra removed her hijab at the high-profile funeral of actor Amin Tarokh, who died of a heart attack, as she sang a eulogy in his honor.

The warning from Tehran province governor Mansouri followed a veiled threat from Iran’s culture minister Abbas Salehi earlier this week. He said actresses who remove their hijab in public should look for other work, meaning they will no longer be allowed to practice their profession.

Mansouri was speaking during a memorial service at a religious shrine in the city of Safadasht, about 30 miles west of Tehran.

Referring to the protests as “riots”, Mansoori said the unrest had come under control in the past 24 hours. He blamed foreign influences for fueling the “riots” and said authorities were now cracking down on the instigators.

Iranian authorities have shut down the internet to curb the protests, so it is difficult to verify whether Mansouri’s claims that the protests have ended are true.

Amini died on September 16 after being taken into police custody for not wearing a hijab under Iran’s religion-based law. Police say she died of a heart attack but witnesses and people detained with the young woman said she was severely beaten.

As news of her death spread, spontaneous protests, often led by women who tore off their hijabs, began to spread.

Human rights groups have reported that at least 76 protesters have been killed so far, most of them by direct fire from security forces.

Several local journalists, who were covering the situation, were also detained and detained, including Nilofar Hamedi, who first reported Amini’s injuries.

The protests came amid increasingly repressive rule by President Ibrahim Raisi’s government as it sought to curb growing discontent.

The anger has been fueled by a range of issues, including a cost-of-living crisis, resentment over the country’s government mismanagement, and fatigue with an oppressive religion-based regime, especially among younger generations.

This led to a crackdown on freedom of expression, including the arrests over the summer of a number of directors with a history of political dissent, including Mohammad Rasoulaf, Mostafa Alehamad and Jafar Panahi.