‘The Taliban don’t know how to govern’: Afghan women are shaping global policy in exile 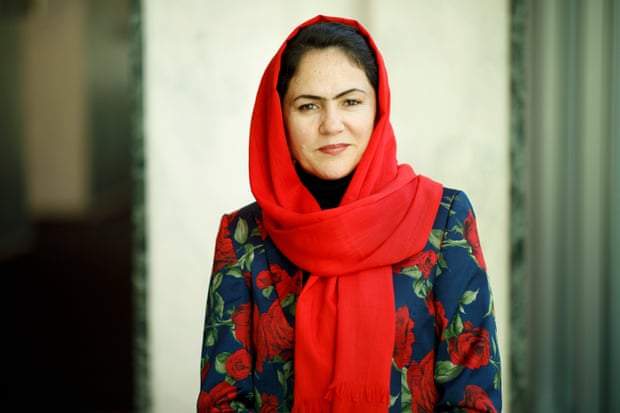 iT has been described as Afghanistan’s brain drain since the Taliban’s return to power last year, sparking an exodus of politicians, academics and journalists fleeing the militant group’s harsh rule in anticipation of reprisals and censorship.

For a small group of Afghan women, however, the task of running the country, even in exile, has not stopped.

Fauzia Koofi is a former member of the Parliament of Afghanistan and was the first female Deputy Speaker. Despite being relocated several times since leaving the country in August last year, the 47-year-old has kept in touch with her former colleagues and contacts in the international administration, working to find solutions to the political and humanitarian crisis in Afghanistan.

“That [the Taliban] They don’t know how to govern and they don’t respect Afghanistan’s social mosaic, which makes them more fragile, but also hurts Afghans,” says Koofi, who has been working with UN member states in Europe and America for the past year. “I don’t believe That they will last long, but I am concerned about the damage they have done to the social and political fabric of Afghanistan.”

The work of Koofi and fellow Afghan women has helped bridge the gap that exists between the Taliban, who are operating under severe sanctions and suffering from a domestic economic crisis and enforcing gender apartheid, and the international community.

“We call them the ‘Group of Six,'” says UN Women’s Sarah Douglas, referring to a core group of Afghan women who have been instrumental in driving international policy toward their country over the past year. The group also includes Asila Wardak, a former diplomat and one of the founders of the Afghan Women’s Network; Sophia Ramyar, former executive director of the youth-led organization for Progressive Thinking; and journalist Anisa Shaheed.

Giving an example, Douglas says: “There were negotiations around the renewal of the mandate of the United Nations Assistance Mission in Afghanistan (Unama) – and there was concern that the mandate would regress in terms of gender equality and human rights, and this would be reflected in these things. The budget but the mandate remained intact and Union member states contacted me and said that the advocacy by these women really made a difference in those negotiations.”

Mariken Brusgaard Harbitz, part of Norway’s Permanent Mission to the UN, says: “Norway started a closed-door dialogue to present its priorities to member states at a crucial time for these women. During the process of renewing Unama’s mandate, these women came up with clear expectations about the wording of the mandate, creating a strong monitoring and reporting mechanism for Unama on the ground.”

Maryam Safi, director of the Afghanistan Organization for Policy Research and Development Studies, hasn’t let last year’s chaos and shock stop her from continuing her work from Canada, collecting vital data from Afghanistan, particularly women. After a short hiatus, Safi revamped and restarted her work through a digital platform a few months ago, with female researchers in Canada and Afghanistan working from home.

One of their major projects, called Bishnaw, which means “listen” in Dari, is surveying women across Afghanistan. “There is a story [in the media] Currently it says that the Afghan people are primarily concerned with the humanitarian crisis,” says Safi. “But data from women in our nine provinces shows that, right after that, women are most concerned about women’s rights and the closing of girls’ schools.”

Bishnav’s survey also revealed a pattern of exclusion of women from receiving international aid. “Out of about 295 women, 163 women told us that no women in their household received aid, contrary to the Taliban’s claim that aid was being given to female-headed households. Only five out of 532 women surveyed said that all women have access.”

“Such data can actually deliver [the international community] With more leverage in their talks with the Taliban,” she says. “In every meeting, they always ask, ‘What do Afghans want? What do women want? What do they care?’ We want to provide data to answer those questions,” she says.

Nahid Farid, one of the youngest Afghan parliamentarians when she was elected at 27, described her work with a group of six to revive her sense of mission after she left Kabul for the US last year. “I had lost all hope after the Taliban took over. But seeing Afghan women and youth marching for their rights from Kabul, Herat, Mazar-e-Sharif and Jalalabad gave me the strength to rekindle my advocacy,” she says.

Douglas says that without the efforts of these women and others like them, international attention risks turning away from Afghanistan. “My assessment is that they are very brave because they want momentum and visibility and to put the issue of Afghan women high on the agenda. And especially with the situation in Ukraine, they are very concerned that the international community is forgetting about it. “

One member state she highlighted for their continued commitment to working with the group was Ireland. Their outgoing ambassador to the UN, Geraldine Byrne Nason, says: “Along with my team, I meet with them on a roughly monthly basis. We cover the latest developments in Afghanistan as they affect the common people and women in particular. I keep them abreast of developments in the United Nations and in particular the Security Council. I seek his views on the issues of the day as they relate to the Council’s work on Afghanistan. We exchange ideas on how to use our respective leverage to make a difference.”

“Discussions and decisions about peace and security in a conference room in midtown Manhattan can only be effective if they are informed by the voices of those directly affected,” says Byrne.

Sign up for her stage to hear live from incredible women in the developing world about the issues that matter to them, get the magazine delivered to your inbox: