To combat the kimchi crisis, South Korea is stockpiling large amounts of cabbage 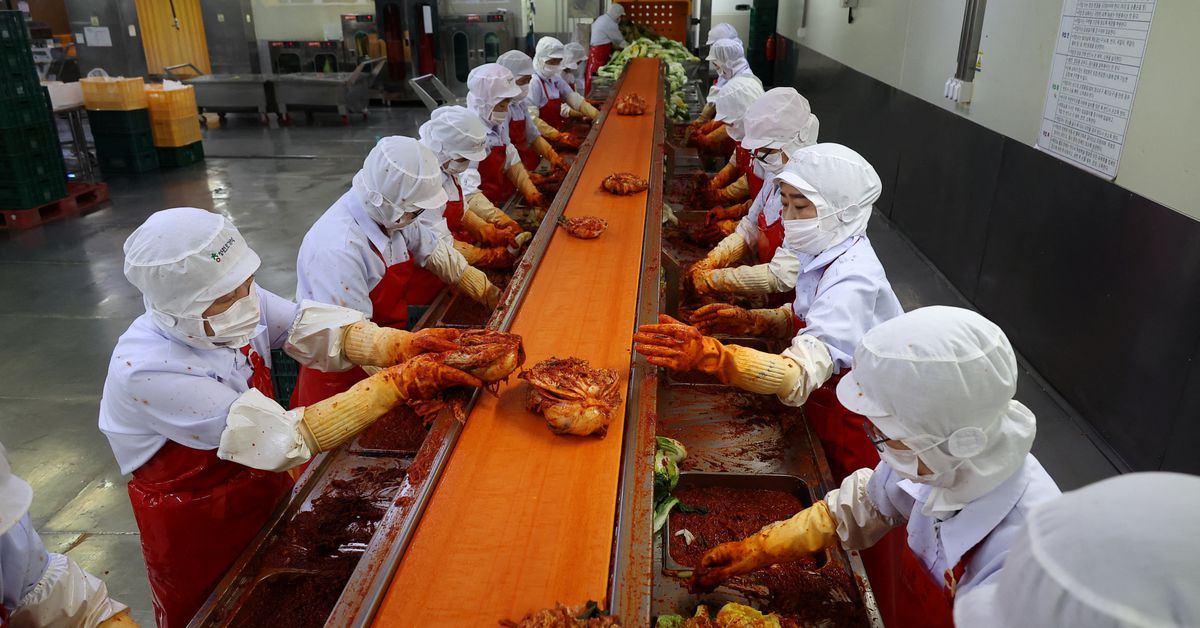 The sense of crisis surrounding the spicy pickled side dish, which many Koreans eat every day and is central to Korean identity, is such that the government recently plans to build two large cabbage storage facilities.

At 9,900 square meters each, the facilities to be built in the rural counties of Goshen and Hainum will be the size of three football fields combined. They will be able to store 10,000 tonnes of cabbage and 50 tonnes of pickled cabbage per day.

Construction, expected to cost taxpayers 58 billion won ($40 million), is scheduled to be completed in 2025.

Climate change in recent years has led to high temperatures and heavy rains that have damaged cabbage crops and reduced supplies. This year, cabbage prices doubled in less than three months, part of a 24-year high in July.

“We used to buy cabbage in June and store it to use when cabbage prices rise, but this year we ran out of stock,” said Ahn Ik-jin, chief executive of kimchi maker Cheongon Organic.

South Korea’s kimchi industry has been on a slippery slope for a long time.

Chinese imports, which cost about a third of locally made kimchi, have outpaced the domestic market for commercially made kimchi by 40% over the past two decades.

Add in poor cabbage harvests in recent years and most of the industry has just collapsed. (Although kimchi can be made from other ingredients, about three-quarters of commercially made kimchi is cabbage-based.)

Last year, nearly half of South Korea’s 1,000-odd kimchi makers either closed permanently or temporarily or switched to other products, according to a study by Korea Ratings and Data.

For its part, the government hopes the storage complexes will also “contribute greatly to strengthening the position of domestically produced kimchi globally,” said Lim Jeung-gen, deputy director of the Ministry of Agriculture’s Food Industry Promotion Department, if more complexes can be built. The first two work well.

The country’s kimchi exports rose 10.7% to a record $160 million last year, riding a wave of interest in Korean culture fueled by the likes of boy band BTS and Netflix’s dystopian drama “Squid Game.”

Locally, however, there is growing concern that a shortage of cabbage will lead to ‘kimjang’ – the making and sharing of kimchi among families, friends and communities, often held in November but not limited to November.

Sales of ready-made kimchi have increased 20% since August compared with the same period a year earlier, according to an official at the Hanaro Mart supermarket chain.

“I usually make my own kimchi but the price of ingredients has gone up a lot,” says Kim Sook-kyung, 72, as she buys ready-made kimchi at a supermarket in Seoul.

“I plan to combine making and buying kimchi going forward.”